What is Clover Bootloader? Perhaps it is too familiar for Hackintosh users, Clover is a specially designed boot loader that allows us to boot and install macOS on a non-Mac computer. Clover also supports booting many other OS such as Windows, Ubuntu and other Linux distributions. 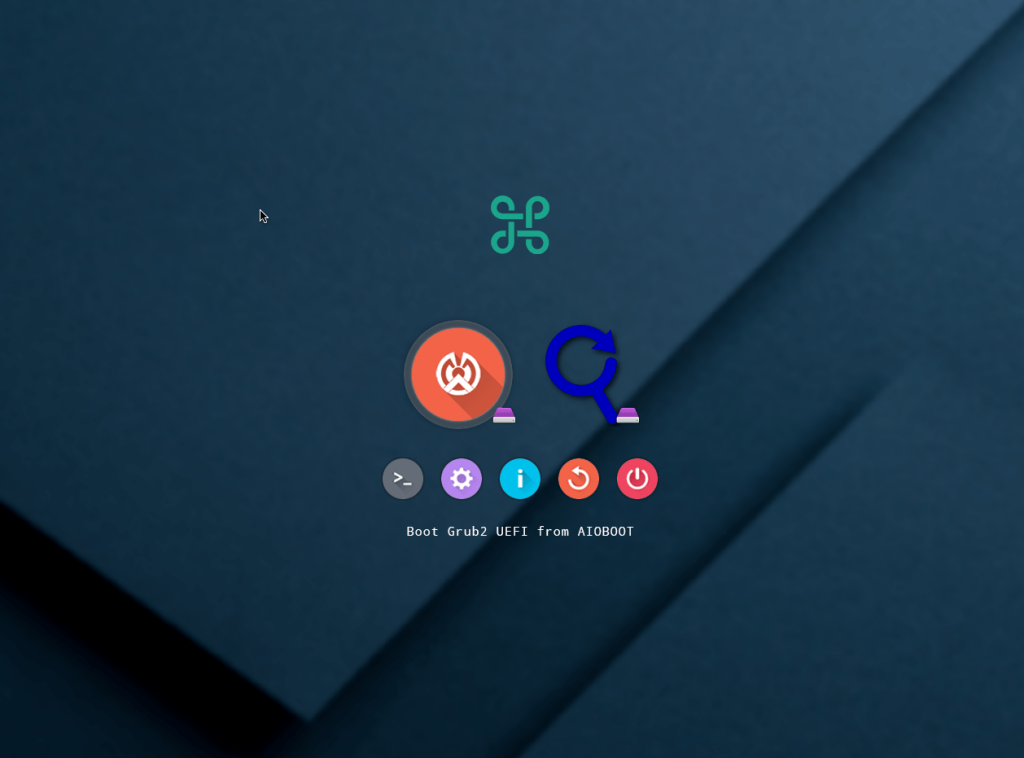 Clover Bootloader supports booting in both UEFI and Legacy modes. Interestingly, it supports UEFI firmware emulation, this allows us to boot into UEFI mode from Legacy mode. It is capable of booting .efi files even if Clover is booted in Legacy BIOS. You can also use the commands in UEFI Shell from Clover to do some things like moving, renaming files…

AIO Boot has been supporting Clover since its initial release. This is the solution you can use Clover, Grub2, Grub4dos, rEFInd and Enoch Chameleon on just one drive.

Clover has an installer and an ISO file. Its installer only supports macOS, so we just have to use the ISO file to install Clover on USB from Windows and Linux.

If you want to install Clover on the EFI partition on Windows, simply use the mountvol or diskpart and 7-Zip commands under Admin.

With these simple steps, you can install the Clover Bootloader on Windows and Linux without using the installer on macOS. However, you can only boot it in UEFI mode, if you want to install Clover Legacy, use the Clover Legacy Installer.

Clover Legacy Installer is a program that I wrote to help us install Clover Legacy in just one click. However, currently it only supports running on Windows, for Linux you can use dd to install as instructed here. After installation, you will be able to boot Clover in Legacy BIOS mode. This makes it possible to boot and install macOS in this mode.

Restart the machine or boot USB in VirtualBox and VMware virtual machine for testing.

If Clover reports “boot0ss: Error“, try Active for the FAT32 drive where you installed Clover. Here I will use diskpart to do this. Run Command Prompt under Admin and use the following commands:

G: is the drive where I installed Clover.

The Clover configuration file is /EFI/CLOVER/config.plist. You can edit this file to configure Clover such as change theme, SMBIOS, Arguments…

The Clover driver is located in the /EFI/CLOVER/drivers64UEFI directory (for UEFI) and /EFI/CLOVER/drivers64 (for Legacy). Unused drivers will be located in /EFI/CLOVER/drivers-Off directory. You just need to move or delete the .efi file to enable or disable the driver. Since macOS High Sierra, Apple has announced a new filesystem called APFS. Clover will not support this partition until it has APFS driver (apfs.efi). The apfs.efi file can be found in the macOS installer or in the Clover.img file of the Clover Boot Disk. To boot macOS on the Hackintosh, copy the OsxAptioFix3Drv-64.efi file from the drivers-Off to drivers64UEFI directory.

With these simple steps, we can easily install Clover Bootloader from Windows and Linux. Good luck!