Unlike dd or Win32 Disk Imager, this article will guide you how to create FreeBSD bootable USB from Windows without data loss.

FreeBSD is a free and open-source Unix-like operating system descended from Research Unix via the Berkeley Software Distribution (BSD). Although for legal reasons FreeBSD cannot use the Unix trademark, it is a direct descendant of BSD, which was historically also called “BSD Unix” or “Berkeley Unix”. The first version of FreeBSD was released in 1993, and today FreeBSD is the most widely used open-source BSD distribution, accounting for more than three-quarters of all installed systems running open-source BSD derivatives. 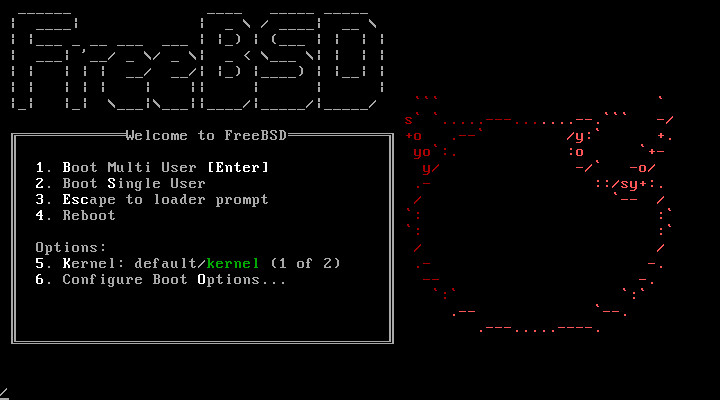 AIO Boot supports booting all in one USB, including FreeBSD. And with the help of the Partition Image Mapper tool, you can boot many other operating systems. This tool allows you to temporarily use the partition image file as a real partition. The great thing is that FreeBSD also provides a partition image. You can then restore the partition as before without losing data.

This method supports booting FreeBSD in both Legacy and UEFI modes.

For FreeBSD, TrueOS, PC-BSD and FreeBSD-based operating systems, you can easily create a USB installer using the following steps:

PartIMG Mapper has the same features as Partition Image Mapper, but it runs directly on Grub2 and Grub4dos without Windows.

FreeBSD do not allow overlapping partitions. This means that the beginning of this partition is part of another partition. To fix this, just delete the partition where you are putting the 2.ufs file above.