Grub Legacy (Grub 0.97) is a very powerful boot loader, developed by GNU. You can easily install Grub Legacy on USB and HDD from Windows.

GRUB Legacy is not actively developed any longer. Only bugfixes will be made so that GRUB Legacy can stil be used for older systems. The current version being developed is Grub2. There is a bootloader that features the Grub Legacy and has a lot of improvements, it is Grub4dos. You can easily install Grub2, Grub4dos and other bootloaders such as Clover, Enoch with AIO Boot. So, Grub Legacy should only be used on older systems, or just for testing.

The official version of GRUB Legacy doesn’t support EFI booting; however, through version 17, Fedora used a greatly modified version that includes EFI support. See more about this at rodsbooks. And its official version does not support GPT disks, but Gentoo (and other systems) have modified versions that support this. In this article, I just installed Grub Legacy to boot in Legacy BIOS, on an MBR disk.

Installing Grub Legacy from Windows as well as Linux is very easy. Here I will install it from Windows.

So, in just a few easy steps, you’ve finished installing the Grub Legacy on Windows. Note that you can also easily install Grub2 on Windows, use Grub2 instead. 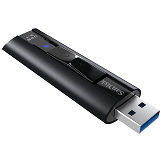